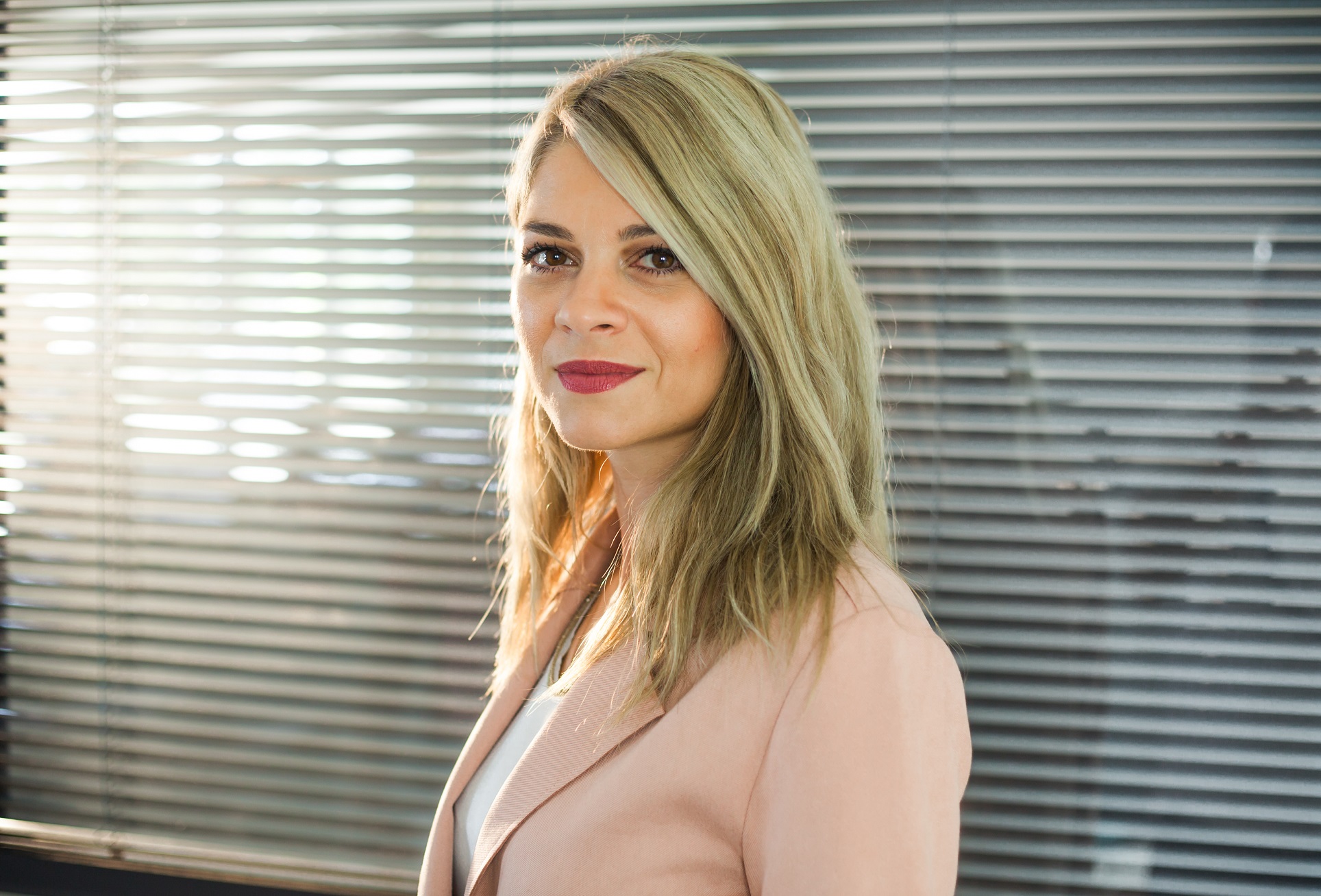 Guadeloupe and Martinique, situated in the West Indies of the eastern Caribbean Sea, were declared as overseas departments of France in 1946. Unlike Martinique, which is considered as a single department, Guadeloupe is an archipelago consisting of six inhabited islands, Basse-Terre, Grande-Terre, Marie-Galante, La Désirade, and the Îles des Saintes, as well as many uninhabited islands and outcroppings.

Both islands rely heavily on tourism and agriculture. With fertile volcanic soils, heavy rainfall and a warm climate, vegetation on the islands is lavish. The traditional sugar cane crop, which is now mostly used for the production of rum, has slowly been replaced by other crops, such as bananas (which nowadays supply about 50% of export revenue), eggplant, cocoa, jackfruit, pomegranate, and many varieties of flowers. With 80,000 tons of bananas exported each year, Martinique’s banana trade is key to driving its economy.

Chlordecone (CLD), a highly persistent insecticide, was used intensively in the French West Indies, Guadeloupe and Martinique, from 1972 to 1993 to control banana root borers (Multigner et al 2016). Chlordecone, is an active organo-chlorinated substance with very low aqueous solubility and a high hydrophobicity. Chlordecone does not occur naturally in the environment. Instead, it is a synthetic compound that was patented in 1952 and was first manufactured in the United States to control fire ants and to use as a flame retardant in plastics, rubber, paint, paper, and electrical goods from 1959 to 1972. Since 2011, when it was characterised as a persistent organic pollutant (POP) by the Stockholm Convention on Persistent Organic Pollutants, chlordecone has not been used or manufactured in the western world.

In the case of the French West Indies, chlordecone was used to control the banana weevil, Comopolites sordidus during two periods: 1972-1978 and 1982-1993, under trademarks Kepone and Curlone, respectively (Crabit et al, 2016). The commercial brand was applied at the roots of the banana plants at a rate of 60 kg/ha-1 and one to three applications per year (Crabit et al, 2016). Within 20 years, more than 300 tons of chlordecone were sprayed on the banana plantations, causing a tremendous environmental and health crisis in the islands. Several years after its use, chlordecone residues are still found in soil, spring water, in agricultural and freshwater products, and in marine organisms.

Due to its physical and chemical properties, this substance is particularly persistent in the natural environment. However, it wasn’t until 2007 that the French Department of Agriculture decided to launch an Action Plan to evaluate the historical deposition of this insecticide in sediment and better assess the environmental pollution and its adverse effects in human health.

Volcanic soil of Guadeloupe and Martinique contain allophanic clays, meaning amorphous geological formations of submarine and aerial origin, namely lava flows, pyroclastic deposits and ash. Due to its high organic content in carbon, this soil has a high infiltration and retention capacity, allowing the absorption of pesticides, including organochlorine compounds.

Four sampling campaigns were conducted in the basin between 2003 and 2012 with the aim to analyse and quantify CLD soil content in the 30-cm topsoil layer. Overall, 64% of the cultivated plots were sampled, which account for 69% of the cultivated area of the basin (Crabit et al, 2016). With an average CLD soil concentration of 3400 mg.kg-1 – compared to <9 mg.kg-1 (aggregated number from use of 25 herbicides) in northern France -, the CLD soil contamination in Guadeloupe and Martinique appears to be one of the worst in the world for agricultural soils (Crabit et al, 2016).

Several studies were conducted to evaluate the desorption of chlordecone from allophanes into the estuarine environment. Particularly after rainy episodes, allophanes serve as a vector allowing chlordecone to contaminate runoff waters. According to Dromard et al. (2016), most contaminated marine areas are located downstream the contaminated rivers and banana plantations. Contaminated matter is transported by rivers to the marine environment and settles close to the seashore, particularly in sheltered bays, where it becomes a source of contamination for marine organisms, and a potential hazard to marine fauna and flora and eventually to human health through seafood consumption (Bertrand et al, 2010).

Research showed that 20% of the initial quantity of chlordecone was released from allophanes in estuarine conditions and 10% in the marine environment (Dromard et al., 2019). These results could explain the high level of CLD concentration found in the suspended organic matter and zooplankton in the coastal areas located downstream of the contaminated watersheds.

Within the French Action Plan, 1048 samples from 69 different species of marine fishes and crustaceans were collected all around the Guadeloupe and the Martinique islands. Crustaceans seemed to be more sensitive to the contamination than fish or mollusks. When comparing contamination of fish according to their ecology, Dromard (2016) found that fish usually living at the border of mangrove and presenting detritivores-omnivores diets were the most contaminated by chlordecone. The results from the analysis of the samples confirmed the presence of CLD in marine organisms, with highly variable concentrations (from the detection limit to 1000 μg.kg-1) (Bertrand et al, 2010). In 17.9% of the samples, concentrations exceeded 20 μg.kg-1, which is the maximum acceptable level in fish, according to the French regulation (Anon., 2008).

Alongside the national Action Plan, a vast research project was launched in 2006 by the French Institute of Agricultural Research and Development (CIRAD) and the National Institute for Agricultural Research (INRA), to find a way to eliminate this pesticide and ensure the health safety of agricultural products. Experiments showed that crop contamination depends on the capacity of the roots to extract and transfer the CLD molecule to the plant tissues. The levels of chlordecone in plant tissues are always far lower than those measured in the soil.

The possible long-term consequences, especially on human health, of the Caribbean soil contamination are still under systematic research (Maudouit & Rochoy, 2019). Chlordecone is nowadays recognized as a carcinogenic compound with reproductive and developmental toxicity and is characterised as an endocrine-disruptive chemical. Although its mode of action has not been clearly demonstrated, its hormone-like properties have clearly been established both in vivo and in vitro studies  (Eroschenko, 1981) (Hammond et al, 1979).

In obstetrics, exposure to chlordecone has been associated with a lower incidence of gestational hypertension. Gestational exposure to a low dose of CLD hinders the function of the female reproductive system and the changes are associated with altered epigenetic features (Legoff et al., 2019). In paediatrics, studies have shown an association between prenatal exposure to chlordecone and increased risk of prematurity, decreased birth weight, fine cognitive and motor acquisition, and changes in circulating concentrations of certain thyroid hormones (Maudouit & Rochoy, 2019). In oncology, exposure has been associated with an increased risk of prostate cancer (Deloumeaux, et al., 2017).

Measures taken to remediate the pollution

Faced with an unusually widespread and lasting form of pollution, the French government had to test modes of management and monitoring, which could possibly lead to the development of a generic model for similar problems in other parts of the world. The aim of the government was to explore new options for the microbial degradation of the molecule, especially by forcing the adaptation of micro-organisms and by identifying microbial associations able to perform a full degradation. Although phytoremediation was considered as a possible solution, initial results did not indicate that effective phytoextraction was possible. Other solutions were considered, such as the use of service crops and organic amendments with a high affinity for chlordecone to reduce its transfer to the environment and crops.

For water treatment, the use of activated carbon proved efficient, but posed the problem of its reprocessing. In addition, bacterial degradation in reducing conditions offered some interesting prospects. And while further studies are still under way to assess the importance of the trophic transport of chlordecone within the food-web, fishing activities in sheltered bays have been forbidden for potentially highly contaminated species, like crustaceans and top predators.

It wasn’t until recently, that results from scientific studies directly supported political decisions in order to establish informed decisions and a regulatory framework for best agricultural practices and guidelines in the islands. The pollution caused by chlordecone is nowadays recognized as a major ecological, economic, and social crisis in Guadeloupe and Martinique islands.

Acknowledgements
We are grateful to Ms Andrielou for kindly providing the original article.

Hammond, B., Katzenellenbogen, B. S., Krauthammer, N., & McConnell, J. (1979). Estrogenic activity of the insecticide chlordecone (Kepone) and interaction with uterine estrogen receptors. Proceedings of the National Academy of Sciences of the United States of America, 1979;76:6641–6659.